Getting the older shows 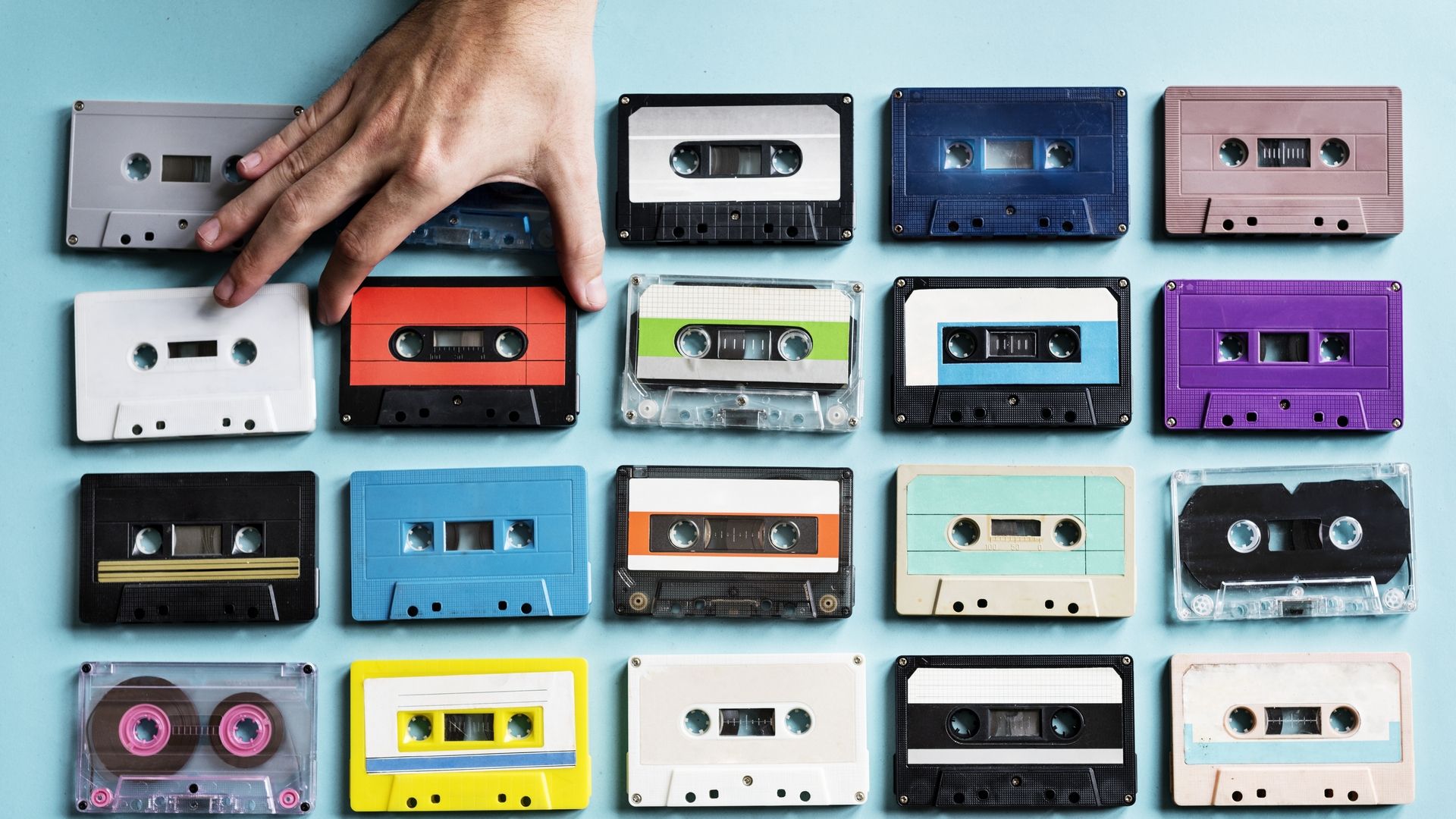 This seems to be the starting page for a lot of first time visitors. Feel welcome here!

Meet the GIMP! is an videopodcast about the Open Source image manipulation program GIMP and other Open Source and photography related topics. You can read more about the podcast and me here. The newest shows are on the home page, where you find also news aside from the podcast.

We had a forum and a wiki here, but both are offline now. Also there are no torrents.

The Table of Contents

We have a nearly complete collection of table of contents with time stamps for all shows. You can search there with your browser. search function (CTRL-F in most cases).

The feed contains only the last shows – and the first shows contained stuff especially for beginners. So, be sure to check out Episode 1 with an introduction into Gimp and Episode 2 on how to set up Gimp. In #66 you can see how to set up version 2.6.

Episodes 3, 4 and 5 cover the full processing of a difficult image, including colour correction with layers, selectively adjusting the curves on different parts of the image and much more.

Selective sharpening is the theme of episode 6. I show you how to sharpen the important parts of an image and not to generate additional noise.

Episode 7 covers the curves tool and shows how to finetune the contrast, brightness and colours.

In episode 8 I answer a some questions that came up in the last weeks. I discover the colour sample points, explain the colour picker a bit more in depth and give some pointers to ressources about the Gimp.

How to save a severyly underexposed image is covered in episode 9 and 10. Forget the stuff about the sea in epsiode 9 – I made a big blunder which is corrected in no. 10.

Episodes 11 and 12 are about RAW converting, image formats and different camera types. #76 revisits a new version of UFRaw.  Episode 15 gets a bit into “Mini-HDR” by combining two versions of the same shot.

Liquid rescaling is the topic of episode 14.

Borders around images and combining different images into one is covered by the “Triptych” episodes 13 and 16.

Panoramas are the focus of show 19. Joseph van Pelt gives an introduction into Hugin and I try it too. The challenge is over, but feel free to submit your entries. Up to now the favorite episode of the downloaders.

Easy GIF animations are the focus of episode 20 and 21 gives informations about the iwarp plugin and a brief glimpse into the GAP – the GIMP animation package.

The secrets of the unsharp mask or USM filter are covered in show 22.

A lot of ways to select colours is the topic of episode 23. The next show covers Phatch, a batch processor for images. And I show you the results of the panorama challenge.

An image of a cold winter morning is the topic of a complete walk through the post processing. I start with two different outputs of the same RAW file and end with the image I saw in front of my eye when I shot it.

No. 26 is the New Years Episode. So I covered resolutions – DPI and PPI instead of the typical ones on that date.

Sketching with GIMP and an interview about 8 Bit vs. 16 Bit and cinepaint are the topics of the first two shows in 2008. On a more technical side are the drawing tools and brushes.

Show 31 shows the passing of time in a composition of two portraits made 40 years apart.

The next three shows cover the conversion to monochrome on the easy way, the channel mixer and a way with a maximum of control about the output.

The Filterpack in Episode 35 is a powerful tool for correcting and tweaking colours.

The next episode is somewhat strange. I take a (not so successful) night shot made by a viewer and try to save it with UFRaw and GiMP. I end with something like a 19th century painting from France.

“The Two Minute Holiday Shot Edit” is exactly that: How to edit your holiday snapshots in short time. I took my examples in Berlin.

Python programming is in the view of Episode 38. I write a plugin for GiMP to correct the barrel distortion of my small camera. This is a small introduction into programming in Python for non programmers with an open mind.

Episode 39 covers toning of monochrome images – also duotones and tritones. Of course all done with layers.

In the next episode you learn a bit about Bremen’s history, see myself talking into my camera and explain the cause and correction of falling lines.

Inkscape and not GiMP is in the center of 41. Heathenx from the famous Inkscape Screencast shows how to make the Meet the GIMP logo in Inkscape. I then talk about when to use which tool.

A boring image turns into a dramatic shot with curves and the healing tool. Also Joseph talks about the Foreground Selcet tool with the SIOX algorithm.

Rawstudio’s 1.0 release sits on the lab bench for a test run in show 43. I am impressed by the workflow and the overall appearance. In a lot of discussions and tutorials you read the term “lith” or “lith film”. I found an old box with real lith film and take you back some decades while describing how I have worked with these sheets of plastic. Then I try to rebuild one of the effects that were done with lith film in GIMP.

In episode 44 I am shooting a lot of self portraits and combine them to one shot with several instances of myself interacting. Group shot of a single person. 😉 No. 46 covers the opposite: How to get rid of people and cars in a scene. Multiple exposures are the key here also.

I tackle the beginnings of monitor calibration in 45.

Getting rid of moving people and cars in a scene by multiple exposures is in 46.

Saving for the Web with a plugin and the mysteries of CYMK, CMYK and other combinations is the topic of 47.

In the next episode I cover drawing lines, straight and curved.

By making a hat I ask for donations after it got costly with domain trouble and a new server. You learn some stuff about drawing figures with the selection tools, gradient fills and paths.

For celebrating No. 50 I made a comic image out of my portrait.

I got a photo from Belize. It has way too much contrast and I rescue the portrait of a young woman from severe underexposure. Layers and masks are involved.

Episode 52 shows how to clear up a snapshot from an commercial airplane. It suffers from low contrast by haze and window.

Andrew shows how to make a poster in Soviet Propaganda style out af a portrait. He uses an US President and me for that. 😉

I made a trip to Cakovec in Croatia for giving a speech at the Slobodni Festival. There I took some shots of the castle and show how to get the best shot and get rid of a power line. Then I reveal the secret of painting without gaps or overlaps.

LAB mode in cinepaint gives an outlook to the stuff that will be possible with 16 bit in GIMP.

In Episode 56 wrinkles are reduced and the concept of “Meaningful Black” from Vincent Versace is translated to GIMP. It’s aa aplication of Adams’ Zone System to modern times. The forum community developed a Python plugin which now can adjust the colours and bring a lot of dynamic into your shots with automaticaly tweaking the curves. More of this is here.

Then a guest comes up and decides to stay. Philippe makes some bloody letters from scratch – and this is now the first of a series of videos.

You know that you can separate an image into different colour channels and recombine them to the image again. But what happens, when you combine the channels of different shots? You capture time and motion in colours.

An other try to tackle the basics of the Zone System, a way to choose the right way through the maze of different ways to tackle a problem in Gimp and a method to counter vignetting and light falloffs with a layer in divide mode are the topics of the 60th show.

Philippe takes us into space and creates a starfield with some nice planets. From scratch, of course.

Noise reduction is covered in #62, more has to come.

A new GIMP era starts with version 2.6. I have some first impressions and how to set it up with a follow up.

Again from scratch GIMP gets 16 Bit – but only as chrome letters on a red car bonnet. In his next show Philippe makes an iris from scratch and explains the new features of brush dynamics in Gimp 2.6. If you didn’t knew that you paint a circular iris into a rectangle, then this show is for you! And then he shows how to make realistic drops of water on a virtual fabric.

I had talked bad about the Burn and Dodge tool in episode 66. Here I try to use it and show my method in comparison.

While the people in the US elected a new President, Philippe shows how to make the animated flag and Rolf steals a trick to enhance an image with a layer copy first converted to monochrome and then set to “value” as the layer mode in #71.

A guest on the “from scratch” slot, Max from Munich, shows ho to make an Air Mail envelope.

Philippe takes a forum thread about “texture wrapping” and turns it into a tutorial. During the process he got a real nice tree bark on his face.

#75 covers the work on an image, including all thinking about decisions. It seems that I have forgotten over my eye surgery to make the second part. Noted.

The Convolution Matrix lives in Math-Land. It is the backbone of a lot of filter plugins. It’s fun to play with if you have understood the basics and lost your fear.

PrevPreviousEpisode 118: Looking in the Crystal Ball at GIMP 2.8
NextEpisode 011: RAW converting with UFRawNext
On Key 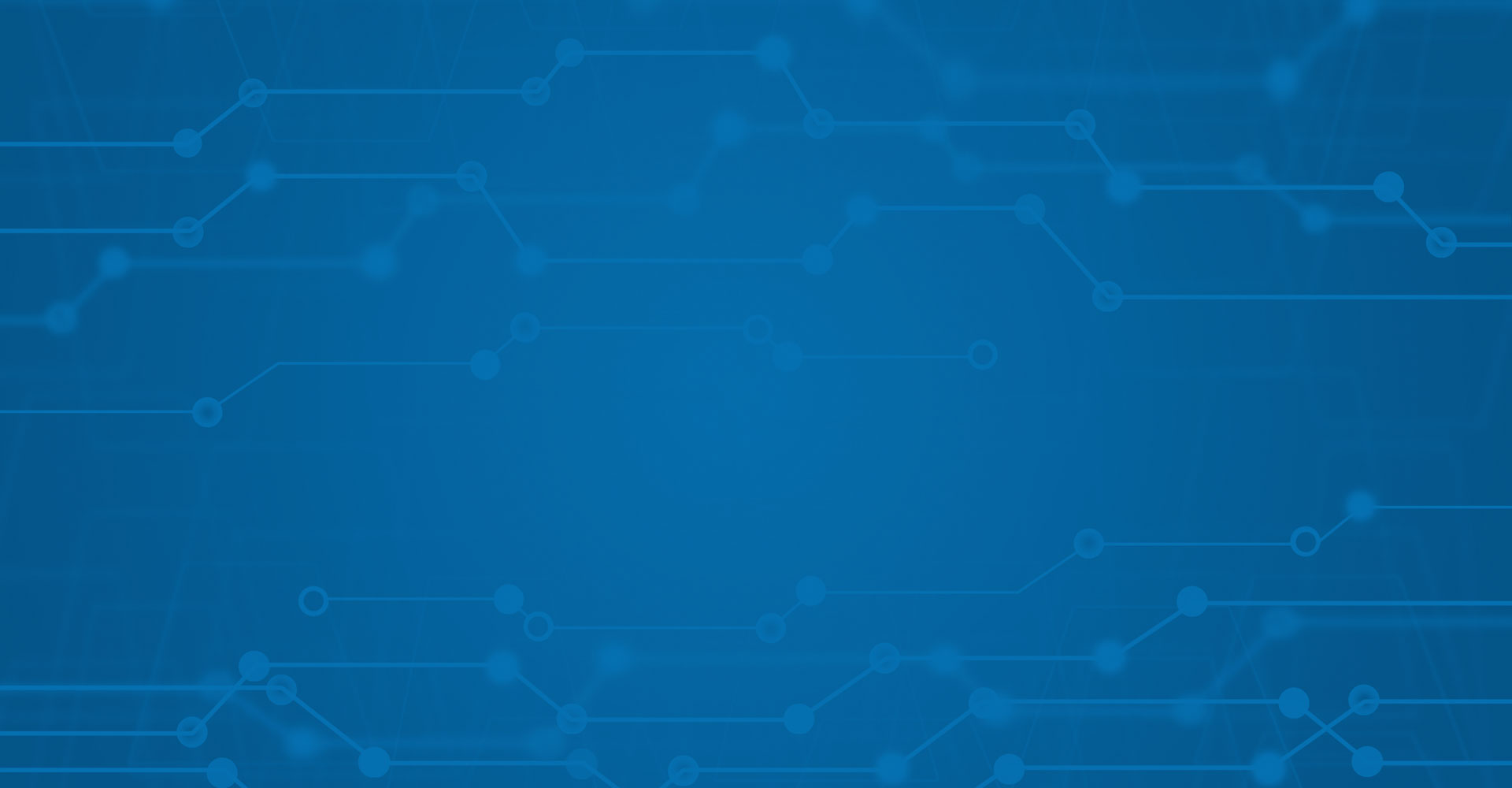 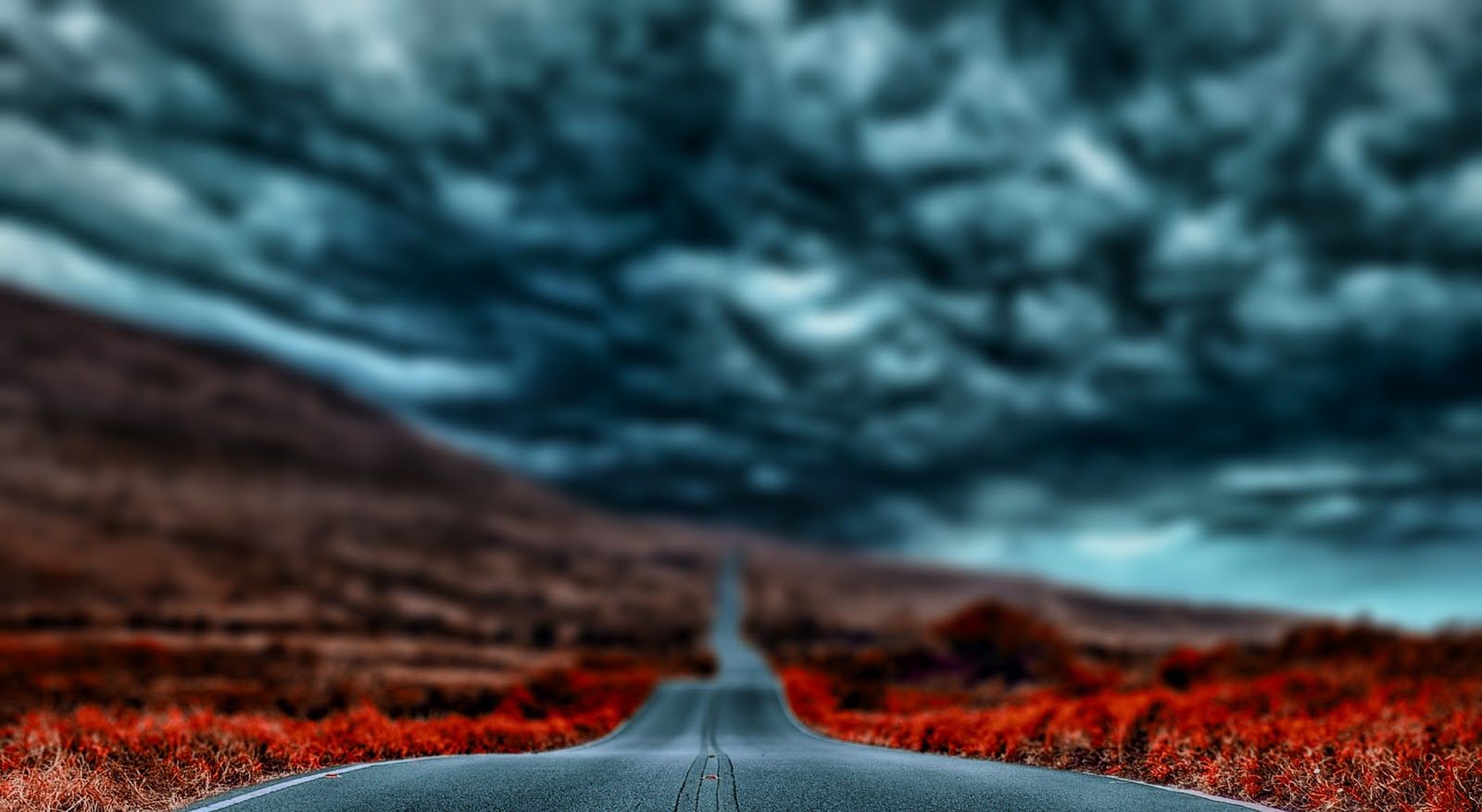 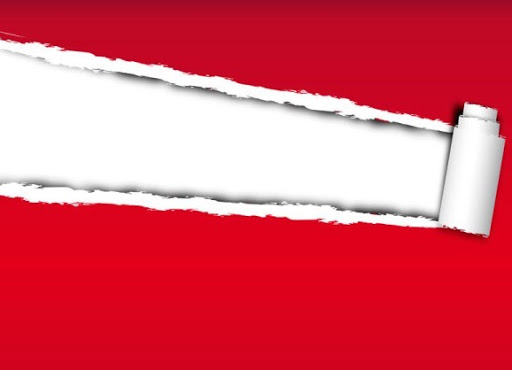 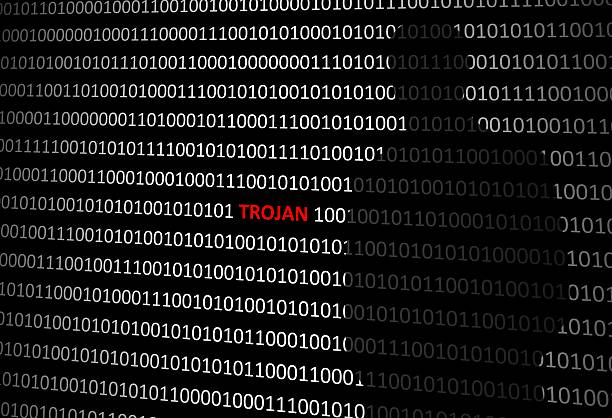